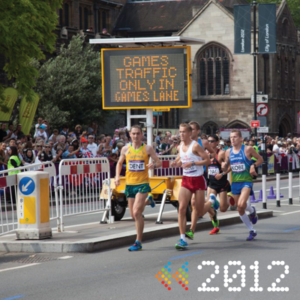 Our journey as a company began in June 2012 with the London Olympics, which required 177 mobile variable message signs (VMS) to be deployed and managed throughout London. Shortly after this in August 2012 came the Paralympics of a similar scale, forcing MVIS into delivering the platinum level service that we are known for today.

Transport for London (TfL) required the temporary deployment of an extensive network of VMS to be positioned along the Olympic Route Network, in order to provide clear and distinguishable route instructions to road users and help athletes get to their destination in a timely manner.

The London 2012 Olympic and Paralympic Games presented TfL with the challenge of creating a road traffic system that would facilitate not only the seamlessly smooth running of both events but also the efficient flow of non-event traffic. TfL appointed MVIS to supply, install and support an incredible 177 signs in what was believed to be the largest single deployment of solar powered mobile VMS in the world at the time. 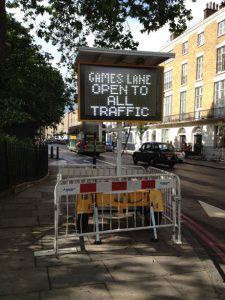 With the help of our sister company and manufacturer Bartco, all 177 units were able to be built and deployed onto the streets of London ready for the start of the games. Taking on a project of this size so early on in our lifespan was not without its challenges, though. A 10,000 mile supply chain length, weather problems, port closures, flight delays and customs issues all had to be overcome in order for the signs to get into the UK on time. 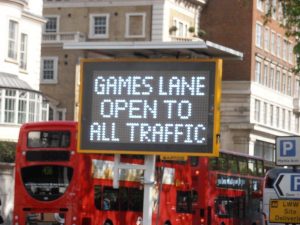 Since then, we have only expanded and grown from strength to strength. This has resulted in MVIS becoming a trusted asset in the industry with a focus on the values of efficiency, excellent service and trust with our customers.

In 2012, we had a fleet of only 8 x Bartco 5 colour VMS and now boast the UK’s largest fleet of over 600 VMS that have been built and maintained by our staff. Better yet, we are still working in multiple large schemes across the UK for happy clients who choose MVIS to deliver.

To find out more about our work on other projects, see our major projects timeline.